After he had succesfully completed training as

a farrier in Deurne (the Netherlands) and

In this craft lies, to this day, his great passion.

As a farrier, the well being of the horse comes first.

His whole method is focused on giving the horse the

greatest possible comfort in his movement and

supporting the animal in all this.

He does so by observing the horse as a whole,

the animals movement-mechanism, its intended use and the position and physique of the leg and hoof.

Skillfully trimming of the horse's foot is the foundation of his work vision. The shoeing of the foot follows allong this line and after many years of working experience Robin is a extremely skilled professional farrier. His expertise covers a broad range, including the shoeing of sporting-, recreational- and harness-horses.

Robin will remain up to date in the profession through regular training and a keen interest in the latest developments of the profession.

After nearly 25 years, the passion for the work with human and animal remains as great as the very first day he started his career.

In 2001, Robin together with his wife Edith, moved into a monumental half-timbered farmhouse in Stokhem (Limburg), in the very south of

the Netherlands. This house, which dates from about

1590, was another passion for the couple.

When they started renovating, the goal was to keep

the authenticity of the building and to re-use the old,

existing materials as much as possible.

After the birth of their 2 sons, Cap and Sjir, they started

When the workers indicated that it was necessary to

place new anchors into the old wall, Robin was sure it had to be from his hand. After all, he was the blacksmith! 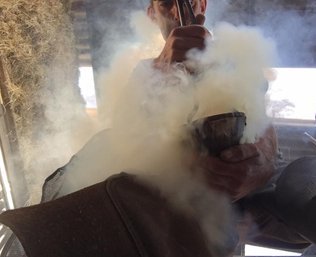 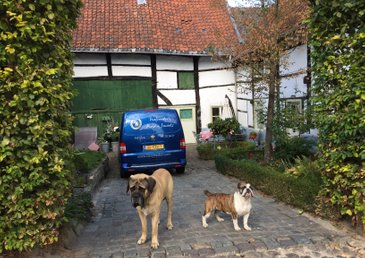 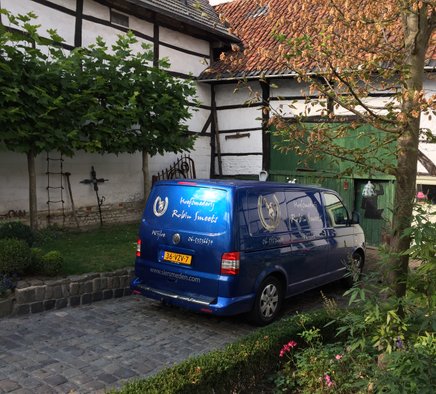 These were his first steps in the craft of (ornamental) blacksmith and the first self forged utensils of his hand.

The hobby grew and the need for more knowledge too. A place of learning was found with mr. Sensen in Voerendaal. It was here where Robin learned the basic forging skills and he quikly got the hang of it.

After working for more than 10 years as an ornamental and artistic blacksmith, Robin now has built a large network of fellow blacksmiths all over the world. Amongst these professionals there is a lot of cooperation and they share their knowledge and techniques.

Every year we organise an International Forge-in and we

all pick the fruits of this network of knowledge.

at this event to share their knowledge and to forge

and our guest-blacksmiths can exhibite their work to the

Just as his work as a farrier, the craft of blacksmith also has multiple facets: In restoration it is important to work as authentic as possible. But perhaps the greatest passion for Robin lies in the artistic forging. In this aspect he can be as creative as he pleases and his aim is to apply all sorts of techniques, work with one piece of steel with minimal welding.

With this website we would like to offer you the possibility to take a look at our forge and the creations that have emerged from this. 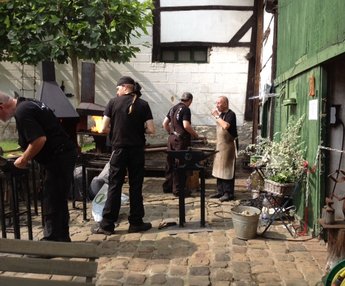 All images are copyright protected by several photographers

All images are copyright protected by several photographers